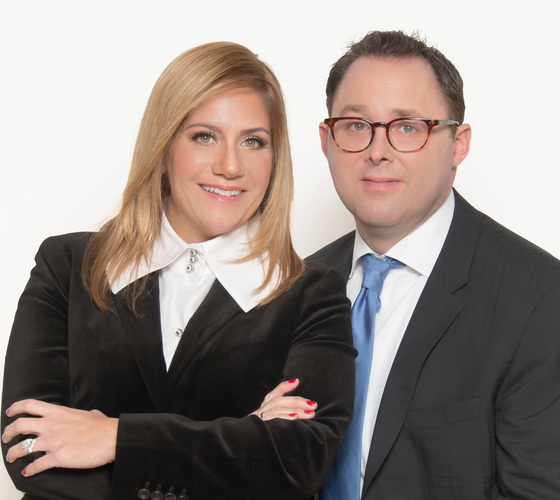 Todd and Lynn Grisco never had doubts about their chosen career paths. From as far back as they could remember, they both aspired to be coporate executives.

The two haven’t wasted any time in fulfilling their childhood goals. Both earned degrees in business administration from the SCSU School of Business. Lynn, who graduated in 1993 with a concentration in marketing,  most recently led and managed brand development for the global pharmaceutical company Bristol-Myers Squibb, as an associate director of Intercontinental Oncology Marketing. She started at the company in 2005. Todd, who completed his degree in 1994, “graduated on a Friday, and started a career on the following Monday.” He currently works at Amarin Pharma, a leader in biopharmaceuticals, as the vice president of managed markets and trade. Just prior to his present role, Todd was the head of Global Biopharmaceutical Development for Walgreens Boots Alliance, recently returning from a 2-year assignment in Switzerland.

Todd and Lynn, both first-generation college graduates, credit their success to strong work ethics and opportunities provided by Southern’s School of Business.

Todd worked 50-hour weeks at three jobs while taking classes, earning internships, and chairing several student-led business groups and events; Lynn, as the president of the class of 1993, gave the commencement address and was the sole recipient of the President's Award for Scholarship, Leadership and Service. In addition to coursework and internships, she also worked for Student Affairs and the Alumni Association, while being president of both the Multicultural Society and National Honor Society.

The two met at Southern through a mutual friend and married in 1997. With two children, they’ve become adept at finding balance, both in and out of the business world. “Busy people always find the time to do more,” Todd says.